These Soldbücher measure approximately 5.7 inches x 4 inches (14.5cm x 10.1cm). The outside cover is made of cardboard. A piece of tape protects the spine from wear, just the same as it would have on an original. Inside are 24 accurately printed pages that are ready to be filled in.

The Soldbuch served as a form of identification and record-keeping. It was the standard identity document in the German military, issued to every man. It allowed the owner to draw pay, prove he had permission for leave, recorded what equipment he had been issued, and identified his current and former units. It also included his rank, physical attributes, military awards, and medical history. 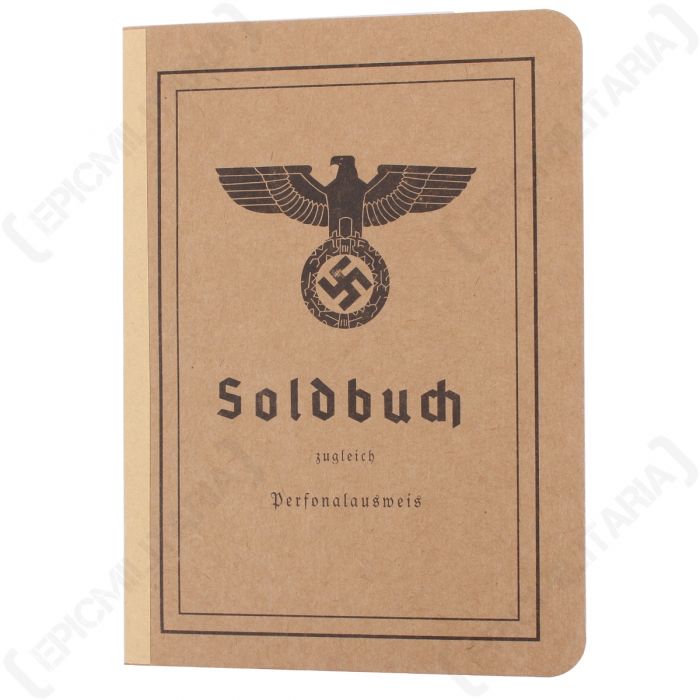