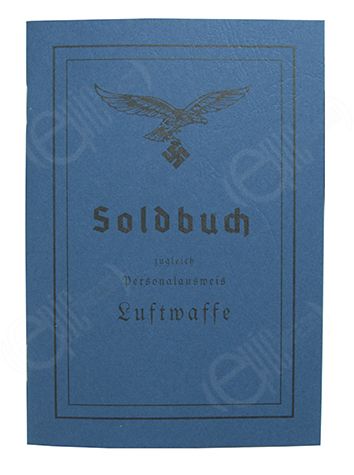 These Soldbücher measure approximately 5.7 inches x 4 inches (14.5cm x 10.1cm). The outside cover is made of cardboard. A piece of tape protects the spine from wear, just the same as it would have on an original. Inside are 24 accurately printed pages that are ready to be filled in.