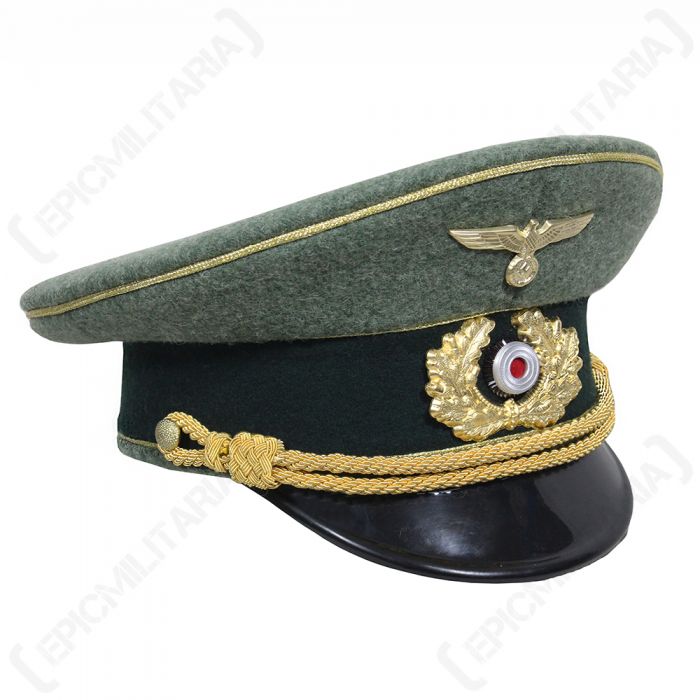 The different branches of service within the army were allocated a specific waffenfarbe colour with white being chosen for infantry personnel which was displayed as piping on the visor cap for EM/NCO’s and Company and Field grade officers.

This is a very good reproduction, in a heavy wool material, with leather sweatband, gold bullion chin strap.