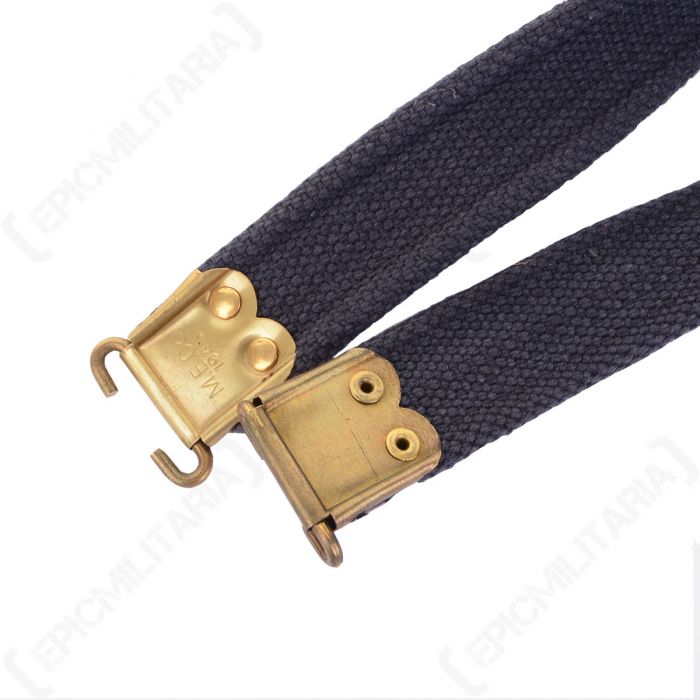 We have also had the slings stamped with wartime markings 'M.E.Co. 1944'.

Made from thick cotton webbing in RAF blue with brass metal fixtures, this Sling is perfect for your Lee Enfield Rifle.