Made from thick cotton webbing in original khaki with brass metal fixtures, this Sling is perfect for your Lee Enfield Rifle. 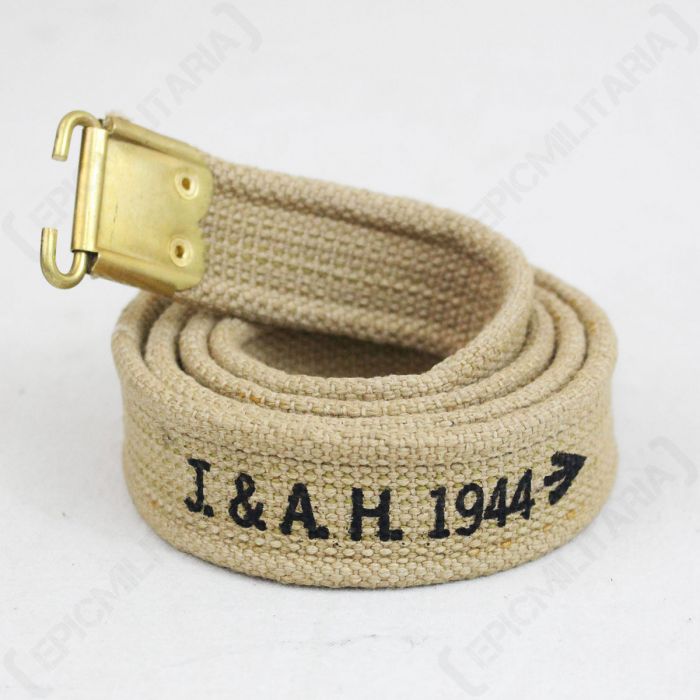