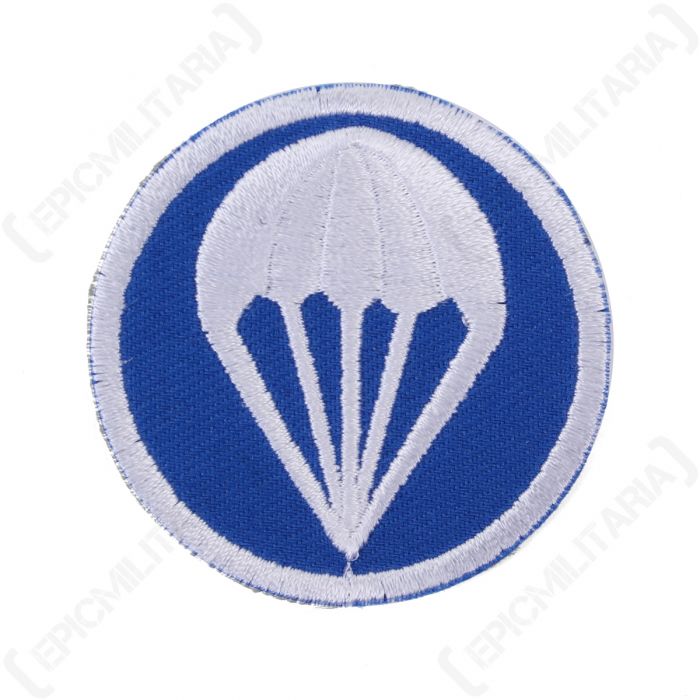 Although met with some resistance, the first U.S. airborne unit began as a test platoon formed from part of the 29th Infantry Regiment, in July 1940. From there, with President Franklin D. Roosevelt's backing, the first United States Parachute training school was formed at Fort Benning, Georgia.

Most U.S Paratroopers were volunteers, with the incentive being a member of one of the elite fighting units, an incentive that still attracts many recruits today.

The Paratrooper badge here, was worn on the Garrison or 'Overseas' cap. Prior to the invasion of Europe, the U.S Paratroopers and Glider-borne troops were separate, having distinctively different insignia. The Paratrooper cap badge, was a white parachute on a Blue background. Enlisted men wore the badge on the left of their light blue (Infantry) piped Garrison caps. Officers would wear theirs on the right hand side of their black and gold (Officer) piped caps, with their Officer rank on the left side.

This badge is real must for your WW2 U.S Paratrooper impression!