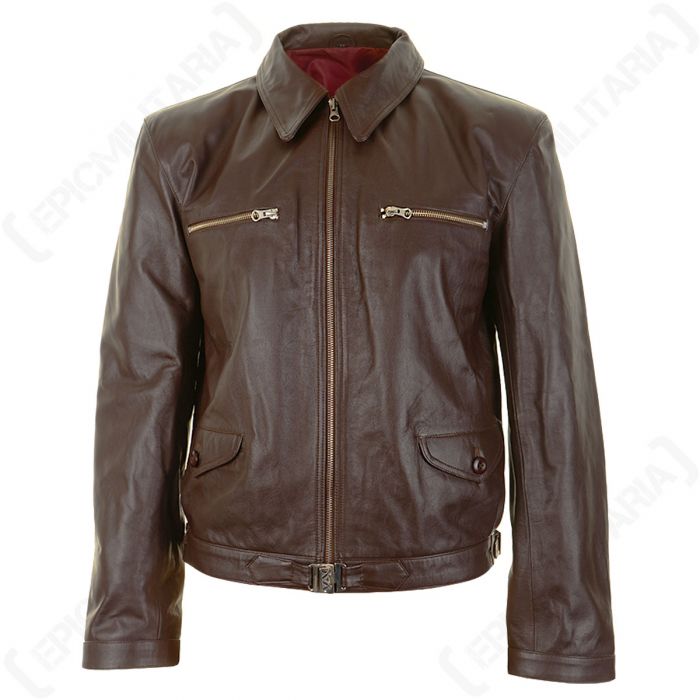 The definitive WWII Luftwaffe fighter pilots jacket, as worn by Eric Hartmann, the highest-scoring fighter ace of all time.

Eric Hartmann was accredited with a massive, 352 aerial victories during his service with the Luftwaffe in WW2. Known as the "Blonde Knight of Germany", his ability in aerial combat was second to none. He was awarded countless times for his skill and bravery and he was eventually bestowed with the highest decoration for combat in the German armed forces; the Knights Cross, with oak-leaves, swords and diamonds.

In archive images from the period he can often be seen wearing a short leather jacket, "The Hartmann". Many Luftwaffe fighter pilots had these style jackets, with one in particular that was especially popular; a French-made garment often referred to as a 'cyclists' jacket.

They were produced by a number of companies throughout the 30s and early 40s as an everyday lightweight all-purpose practical jacket for work or casual use. Each manufacturer had its own subtle way of shaping collar points, pocket flaps, angle of the zips, side fasteners etc, but the basic design was the same. One detail in particular that stands out, and is unique to these jackets, is a unique 'razor-blade' style buckle.

Grab one today and become an aerial ace.