The Combat Medic (more affectionately known as 'Doc' by the men in the field) are one of the many unsung heroes throughout all conflicts, least of all the Second World War.

Medics would live with the front line Infantrymen, living in foxholes alongside their friends and comrades, enduring horrible weather and combat situations (more often than not unarmed). Medics were those who were to administer First Aid to the soldiers who had been wounded on the battlefield, or who had became ill or needed treatment prior to being moved back from the line. Many soldiers say that the presence of a 'Doc' was enough to make you feel at ease, and Medics, by right, were well respected by those they fought alongside, and still are to this day.

The Red Cross armband was worn by Combat Medics, whether in the field alongside the soldiers, stretcher bearers, Ambulance Driver's etc.

This fantastic reproduction is 17 cm x 10 cm and has the Red Cross embroidered onto it. They also complete with two safety pins to attach to your uniform.

This WW2 Medic Armband is a must for your US Medic portrayal! 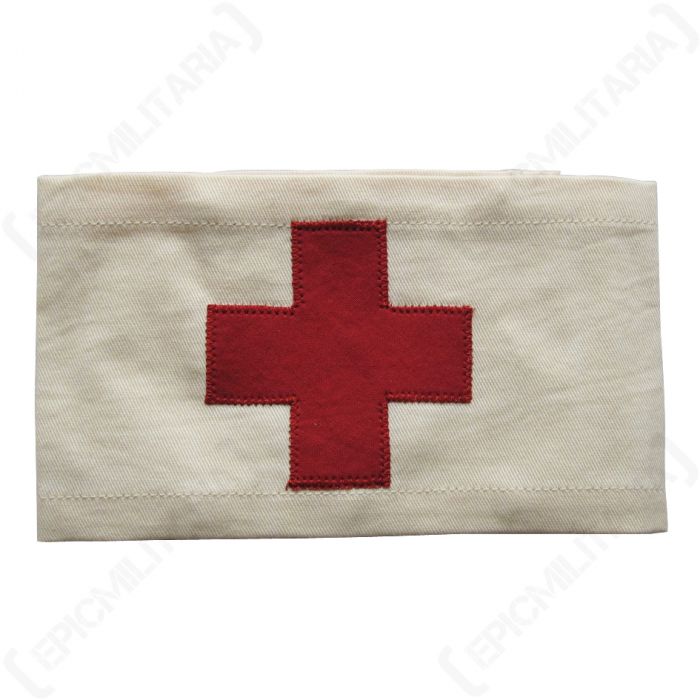