US Division Patches - 83rd Infantry "Thunderbolt" Division. Previously nicknamed "Ohio" after its origin state, this was changed towards the end of WW2 to reflect its more national make-up during the Second World War.

The 83rd ID was formed during WW1 and also saw combat during WW2.

During WW2, the Division landed at Omaha Beach on the 18th June 1944. They fought across France, before taking part in the 'Battle of the Bulge'.

Following WW2, The 83rd returned to the USA, before it was inactivated in April 1946.

This is a fantastic reproduction of the Shoulder Sleeve Insignia worn by the unit. It depicts an embroidered downward pointing triangle, within which are the yellow letters O,H,I,O in a monogram pattern. 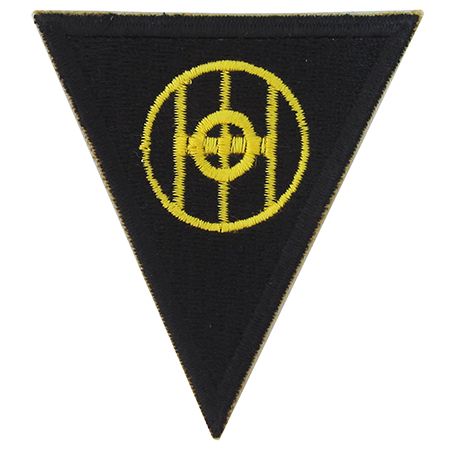