The 3-line rifle M1891, widely known as Mosin–Nagant, is a five-shot, bolt-action, internal magazine–fed, military rifle developed by the Imperial Russian Army from 1882 to 1891, and used by the armed forces of the Russian Empire, the Soviet Union and various other nations including Finland. It is one of the most mass-produced military bolt-action rifles in history with over 37 million units having been made since its inception in 1891, and, in spite of its age, it has been used in various conflicts around the world even up to the modern day.

The Finnish Mosin Nagant cartridge 7.62×53mmR, as shown in this image, is a slightly modified variation of the Russian 7.62×54mmR, and is considered interchangeable with 54R.

These wonderfully designed framed military blueprints showcase the design of some of the most famous technical developments of historical weapons. We have selected a range of aircraft, tanks, weapons and more to present in impressive detail, all framed and set as a unique display piece for anyone's collection. These are modern imaginings of how several famous items and vehicles will have looked during their development in a ‘patent print’ style.

Each print is A4 sized and comes pre-assembled in a black frame. We‘re really excited about these products and are sure they will make a fantastic gift...whether to a loved one or just for yourself! 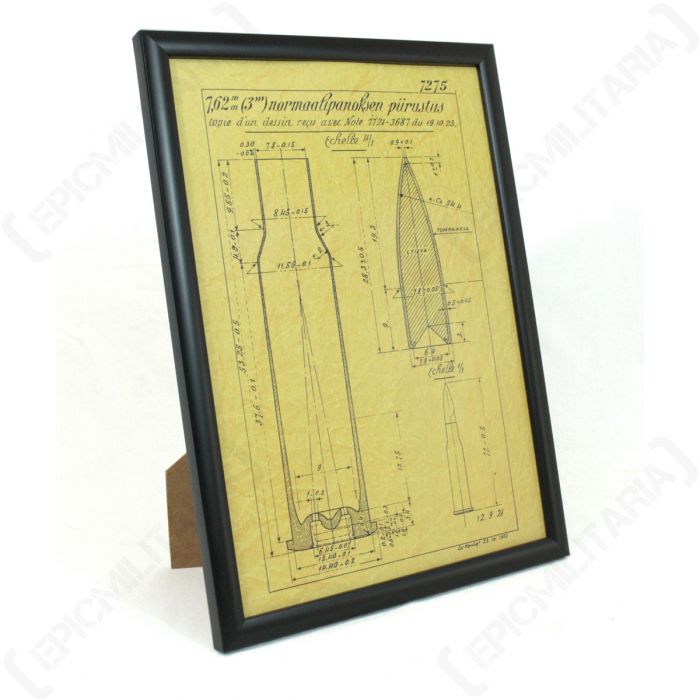