Nickel-plated replica Metropolitan whistle, made in Birmingham UK in the original manufacturer's factory using the same equipment and dies as the originals. 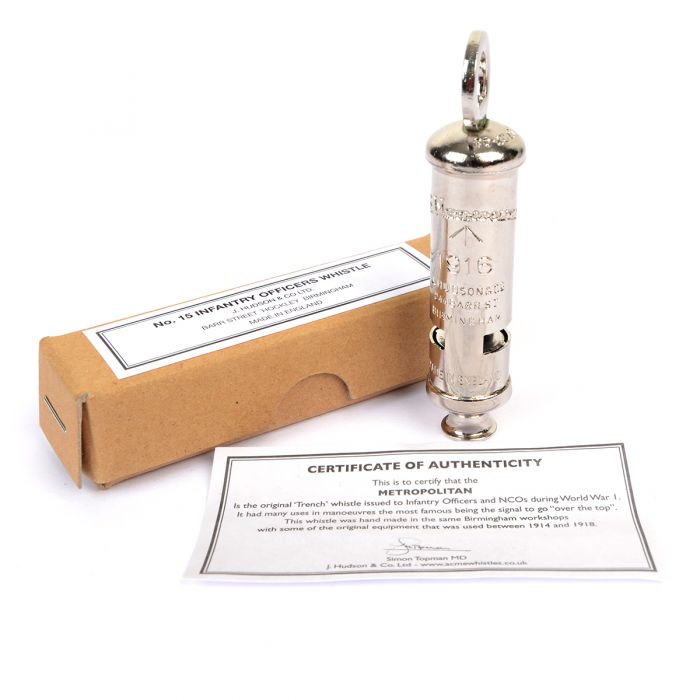 The whistles were originally used to sound the Over The Top command, sending troops out of the relative safety of their trenches to attack the enemy.

These nickel-plated Metropolitan whistles are stamped with the manufacturer's name and address, the title of the whistle (The Metropolitan), date-stamp, and with crows-feet (or Broad Arrow).

There is a ring at the end of each whistle to loop a cord through or attach to a jacket. The whistles measure 8cm long, and come with a certificate of authenticity, and are packaged in a stapled cardboard box.

A truly nostalgic piece of equipment, essential to any British WW1 and WW2 reenactor.