The different branches of service within the army were allocated a specific waffenfarbe colour with white being chosen for infantry personnel which was displayed as piping on the visor cap for EM/NCO’s and Company and Field grade officers.

Please note: We can have all visor caps made to order with any piping colour required. If you do require this cap with a different colour piping, please click here 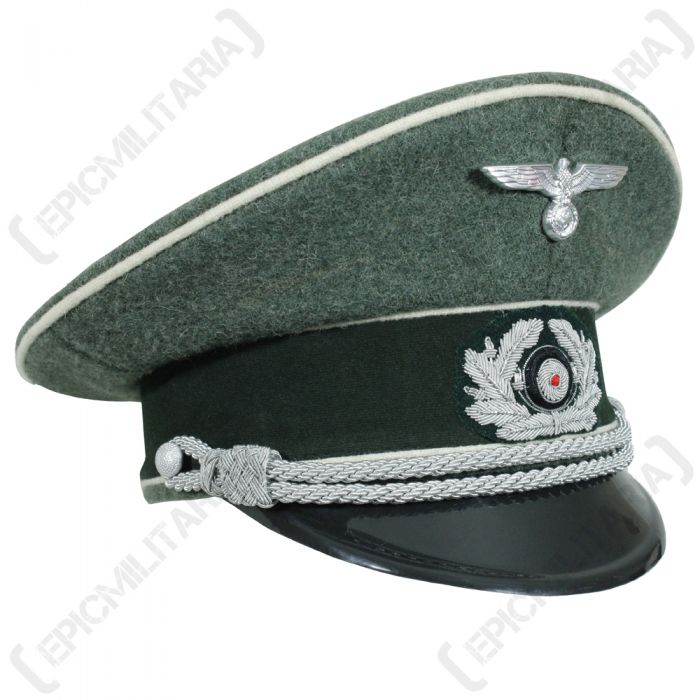