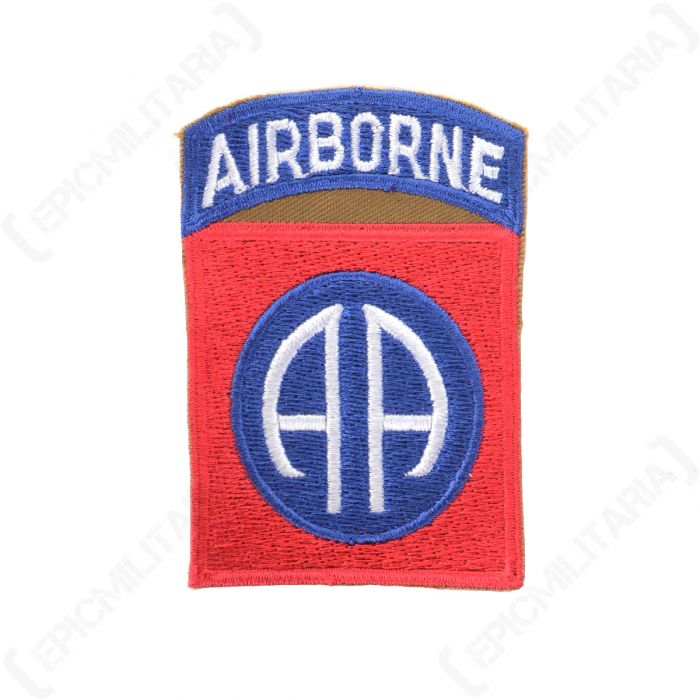 This is a fantastic reproduction of the Shoulder Sleeve Insignia worn by the unit. It depicts two A's (which stand for 'All American') on a blue circle with a red background. Above is the word 'Airborne' embroidered in white on a blue background.

Please note that these badges still have the fabric present between the patch and the Airborne title.