The 3rd Armored Division was organised as a 'Heavy' armoured division, the same as the 2nd Armored Division. Activated in 1941 at Camp Beauregard, Louisiana, the 3rd AD arrived in the European Theatre in September 1943, spending time training ready for the upcoming invasion of mainland Europe. In Late June the first elements of the 3rd AD had their first contac with the enemy in Normandy. By early July, the whole division was engaged in combat. the 3rd Armored Division took part in many actions, notably the Battle of Saint Lo, Closing the Falaise Gap, The Battle of the Bulge to name but a few. The last major action of the war the Division were to take part in was the Battle of Dessau in Germany.

The 3rd Armoured spent the Cold War stationed in West Germany. It fought in Operation Desert Storm before being deactivated in 1992. 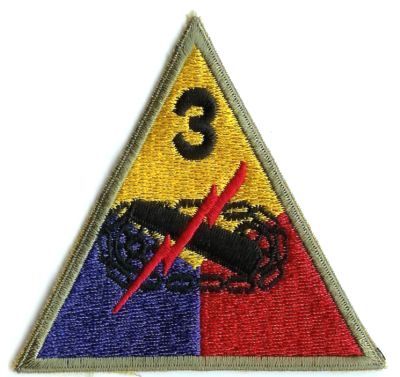