US Divisional Patches - 28th Infantry Division. Nicknamed the "Keystone" division, and the "Bloody Bucket" by the Germans in WW2, their motto was "Roll On".

The 28th ID can trace their history back to almost to the American Civil War and have fought  during WW1, WW2, Iraq, and Afghanistan.

During WW2, the Division landed in Normandy on the 22nd July 1944. Fighting through France, the 28th Headed toward Paris. In just over a month after arriving in France, the Division entered Paris and took part in the Liberation of Paris parade on the 29th August 1944.

The small patrol from the division became the first allied troops to step onto German soil during the war. The 28th also took part in the Battle of the Bulge.

After WW2, the 28th ID was reorganised as a 'National Guard' unit, and is still performing this role today. Their HQ is currently in Harrisburg, Pennsylvania, USA.

This is a fantastic reproduction of the Shoulder Sleeve Insignia worn by the unit. It depicts an embroidered red 'Keystone' (symbol of the state of Pennsylvania). 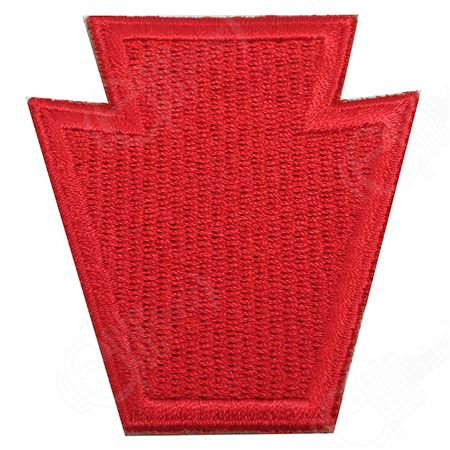