Shoulder patch for the oldest Division in the US Army, having seen continuous service since its inception in 1917. This Division is nicknamed both the "Big Red One" and "The Fighting First", their motto being "No Mission Too Difficult, No Sacrifice Too Great—Duty First!".

The 1st ID can trace their history back to World War 1 and have fought in many wars/conflicts since including WW2, Vietnam, Iraq, Balkans and Afghanistan.

During WW2 the 1st Infantry Division took part in Operation Torch (the allied invasion of North Africa). They landed in Oran, Algeria in November 1942. In July 1943, the 1st took part in Operation Husky (the allied invasion of Sicilly). It wasn't until November that year, the 1st were moved back to England, to train for the invasion of Europe. The Division landed on D-Day (6th June 1944) on Omaha beach in Normandy. Within the first hour of the assault, the Divison had suffered 30% casualties.

Following D-Day, the 1st ID fought across France and reached the German border in September 1944. The unit was in Czechoslovakia when the war in Europe ended.

The Division is still active today and currently has it's headquarters in Fort Riley, Kansas, USA.

This is a fantastic reproduction of the Shoulder Sleeve Insignia worn by the unit. It depicts the 'Big Red One' on a green shield. 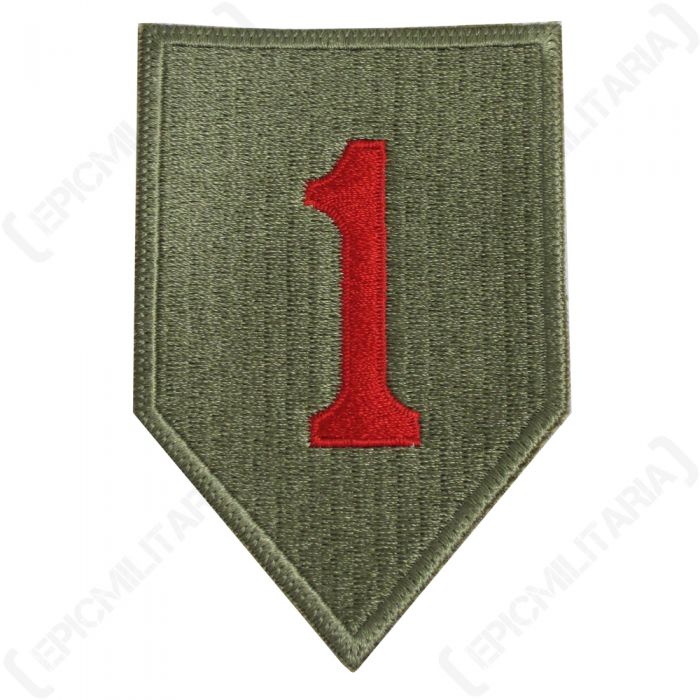