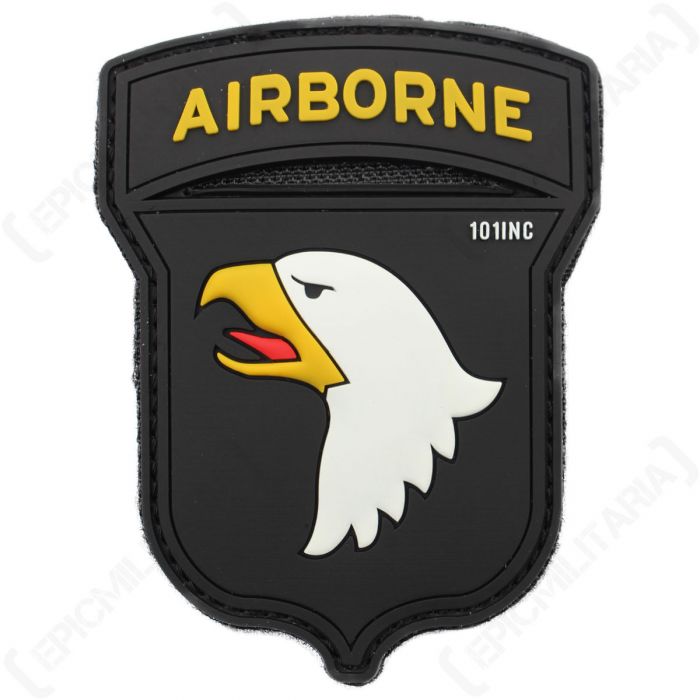 PVC Patch of the 101st Airborne Division nicknamed the "Screaming Eagles".  This unit saw much action during WW2 and has taken part in many actions since, including Vietnam, Iraq and Afghanistan.