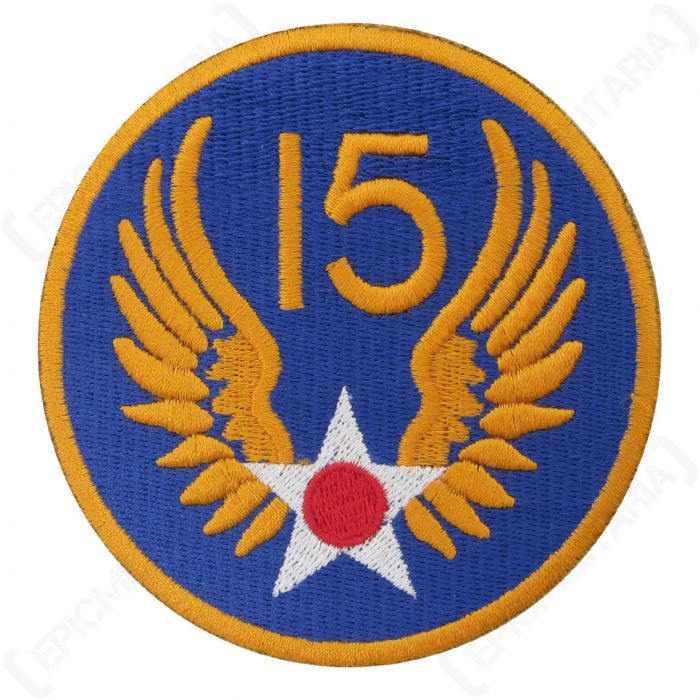 The 15th Air Force was formed on the 1st November 1943 in Tunis, Tunisia, as part of the United States Army Air Forces in the Mediterranean Theatre of Operations (MTO). Equpped with B-24 Liberator and B-17 Flying Fortress heavy bombers, and lead by the famous General Jimmy Doolittle, the 15th Air Force would be able to operate when the 8th Air Force were unable to take off due to the British weather.

Once the invasion of Italy had begun by the Allies, and large airfields became available around Foggia, the 15th Air Force would move to these locations, enabling the bombers to reach targets in Southern France, Germany, Poland etc.

A total of around 2,110 bombers were lost on operations by its fifteen B-24 and six B-17 bomb groups

This patch is a fantastic reproduction of the WW2 insignia worn on the shoulder sleeve by servicemen attached to the 15th Air Force.

This patch is the perfect addition to your collection or 15th Air force portrayal!