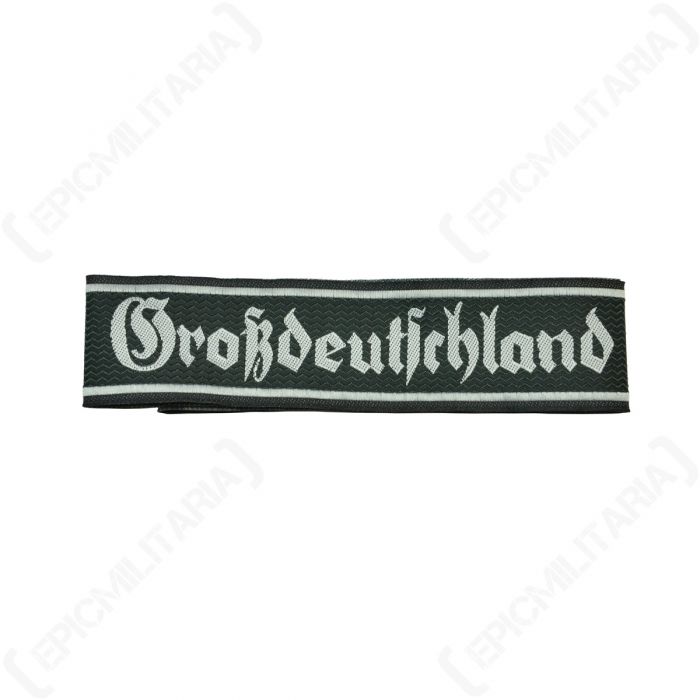 Worn 6 inches above the cuff, a cuff title is a form of insignia placed on the sleeve, near the cuff of German military and paramilitary uniforms, most commonly seen in the Second World War but also seen postwar. Cuff titles are generally associated with units of the Waffen SS but were widely used by other branches of the German military, including paramilitary and civilian organizations. The Großdeutschland Infantry Regiment (later Großdeutschland Division) was also well known for their use of cuff titles. The Deutsches Afrikakorps was famous for its cuff title, which was the genesis of future campaign cuff titles

These BEVO silk woven titles feature gothic style lettering in a silver/grey thread on a very dark green background, and measure a width of 33mm.