This badge is the standard 101st Shoulder Sleeve insignia for the unit. It depicts the 'Screaming Eagle' with a red tongue and has the word 'AIRBORNE' embroidered above in yellow thread. 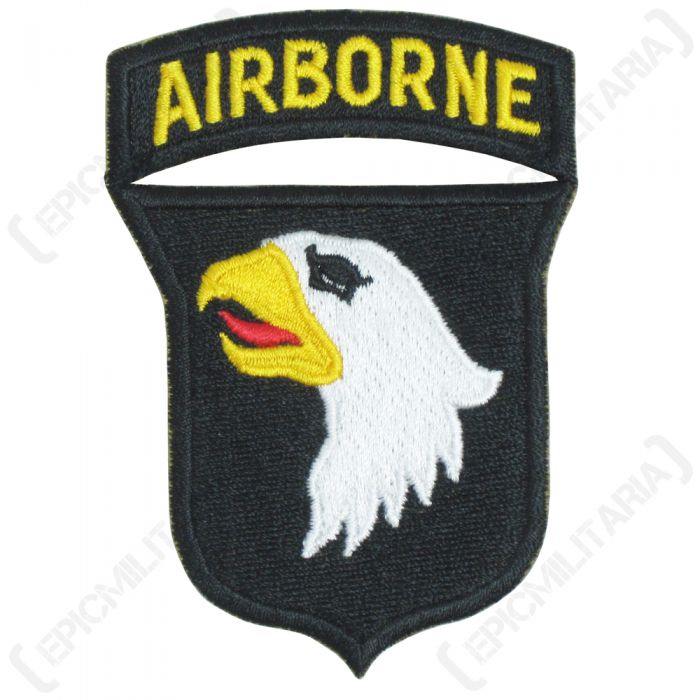