This show keeps on growing. With around 220 heavy military vehicles on site, an estimated 20,000 passed through the gates of this free entry show. We were kept very busy meeting customers, answering questions and importantly, generating sales ;) Thanks to everyone that came down.

We had a fantastic weekend at Ironbridge. It was a beautiful setting and the atmosphere was lovely. We sold a lot and made some new friends. Perfect. 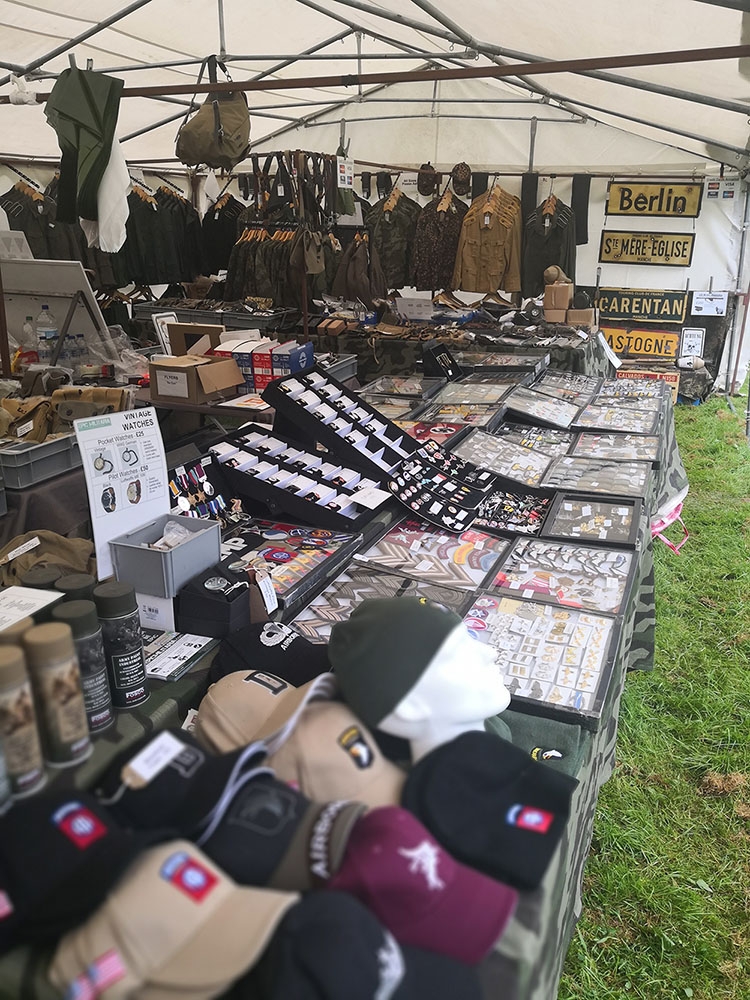 Our first new show of 2018 went well. Thanks to everyone that visited us at Temple At War, it's always good to meet our customers. Hope to see you all again in 2019.

Thank you to everyone that came out to Stoneleigh, we had a great time. Also thanks to those that came to say hi and who purchased from us! 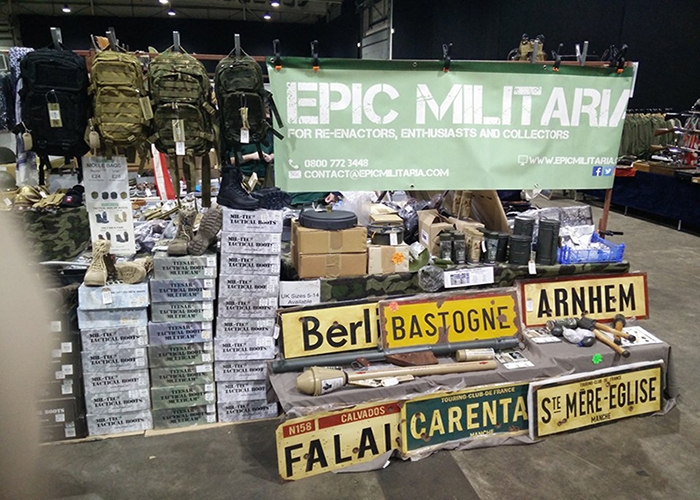 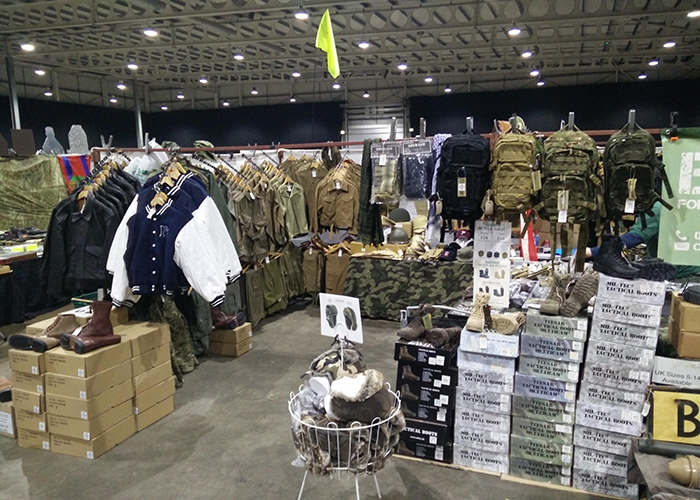 We're excited to announce we will be returning to all 4 of the shows we attended last year, as well as the addition of Wicksteed at War. This takes our Epic Militaria Summer Tour total up to 5 shows, with appearances from Bovington to Bradford!

For more information, check out our Blog.

From the 12th-14th February you can find us at the British Shooting Show, which also includes the British Airsoft Show. We went to the show for the first time last year, and enjoyed it so much we had to come back again this year! We'll be taking our WW2 Holsters, Ammo Pouches and Slings, which are great for Airsoft and Paintball, as well as our brand new Hunting Range. We will not be taking our WW2 Uniforms, but if you want to buy one to pick up at the show then please let us know! The show takes place at the Stoneleigh Centre near Coventry, which is where we have also been recently for the Stoneleigh Militaria Show.

We're kicking off the year as always with a trip to the Stoneleigh Militaria Show! We're bringing loads of our favourite products with us, as well as some great new pieces! The show takes place on Sunday 31st January, with doors open from 9am to 4pm. If there is anything in particular you're after, let us know and we'll see if we can fit into the van!

We've had a great summer on the road, with trips to Tankfest at Bovington, The Yorkshire Wartime Experience, The War and Peace Revival and the Essex Military and Flying Machines Show. Its always great to see our stuff in action, and from a selfish point of view, we love a chance to see some tanks and planes in action as well! We look forward to going to some of these and more again next year.

This year will see Epic attend the biggest amount of shows in our history! We've already done the Stoneleigh Militaria Show and The Great British Shooting Show, and here are the rest of the shows you can see us at this Summer:

This year we attended the British Shooting Show at Stoneleigh for the first time. It was a fantastic weekend, and puts us in good stead for the summer season!

This year's show schedule began with the Stoneleigh Militaria Show in January. We've been attending this show for many years, and enjoyed it thoroughly as usual!

Last year's War & Peace show in 2014 was a resounding success! For anybody who was there you can testify to the wild and stormy weather that we experienced during the week but luckily we didn't blow away!