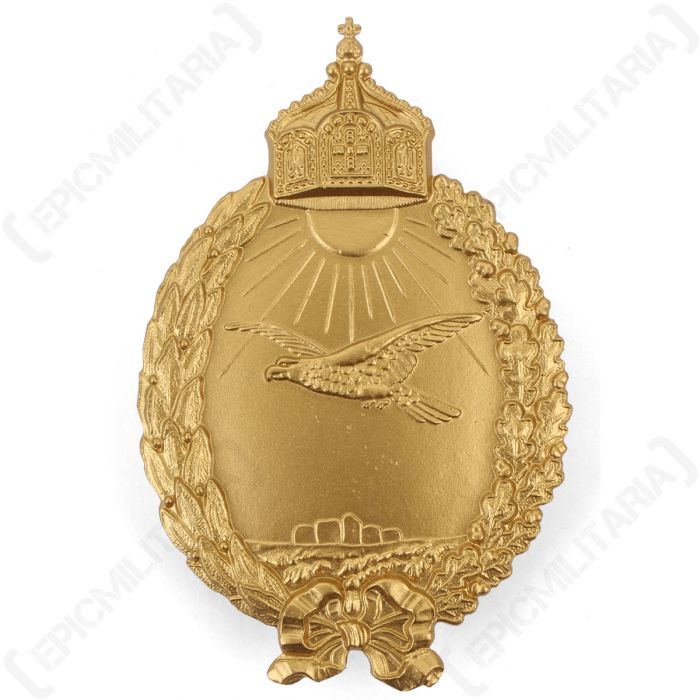 Further to this, the different Germanic states that had been unified in 1871 were still not completely integrated during the First World War. They had different units, different traditions and different commanders. Aviators would therefore serve in a unit hailing from their state, in either the army or the navy.

This is a Prussian Naval Air Service Badge, issued to qualified pilots who flew land-based aircraft, such as Zeppelins and fixed wing aircraft involved in bombing raids on Britain. It would have been worn on or below the left breast pocket.

The badge is a study, gold gilt oval shaped. It is topped with an Imperial crown. One side has a laurel wreath, symbolising victory. The other side has an oak leaves, symbolising strength. A ribbon on the bottom joins these two qualities. In the centre of the badge is an eagle flying over a fortress in the sun. An excellent reproduction Prussian Naval Land Pilots Badge.