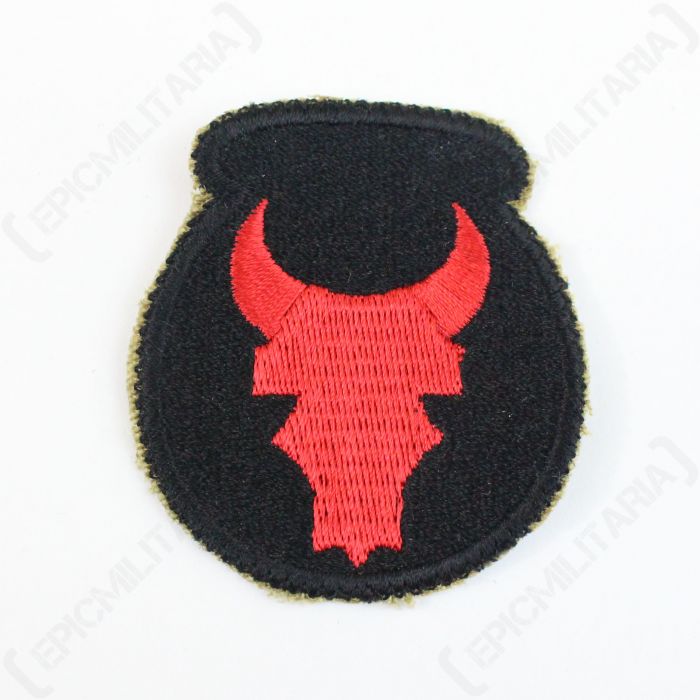 US Division Patches - 34th Infantry Division. Nicknamed the "Red Bull's", this division was formed as a National Guard Division and has the motto "Attack, Attack, Attack".

The 34th ID can trace their history back to WW1 and have fought during WW2, Iraq, and Afghanistan.

During WW2, the 'Red Bull's' saw their first combat in French Algeria, in November 1942. From there they took part in the Battle for Tunisia. Following the end of the battle, the Division began preparing for the invasion of the Italian mainland. One battalion took part in the invasion, the rest following shortly after. The 34th finished the war in Italy.

After WW2, the 34th ID was reorganised, and is still active today. Their HQ is currently in Rosemount, Minnesota, USA.

This is a fantastic reproduction of the Shoulder Sleeve Insignia worn by the unit. It depicts an embroidered red 'Bull's head' on a black circle.

These badges have a slightly more circular shape to the rest of our stock.