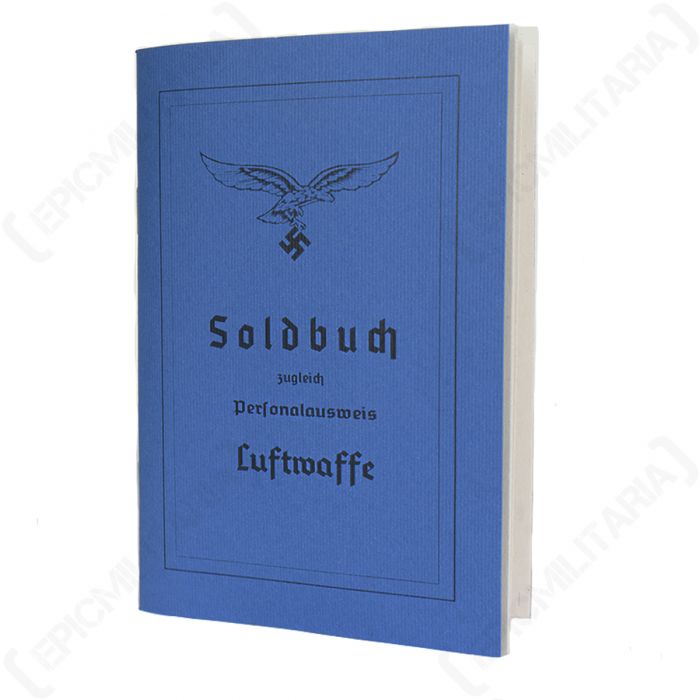 These Soldbücher measure approximately 5.7 inches x 4 inches (14.5cm x 10.1cm). The outside cover is made of cardboard. Inside are 24 accurately printed pages that are ready to be filled in.

Please note: this run of Soldbücher are not of the same high quality as our existing stock.